What the Forbidden Forest reveals about Harry Potter characters 去过禁林的哈利波特伙伴们

What the Forbidden Forest reveals about Harry Potter characters

The Forbidden Forest played host to a lot of characters’ innermost fears (unless you were Hagrid). But the scary setting actually taught us a lot more about them than we realise. 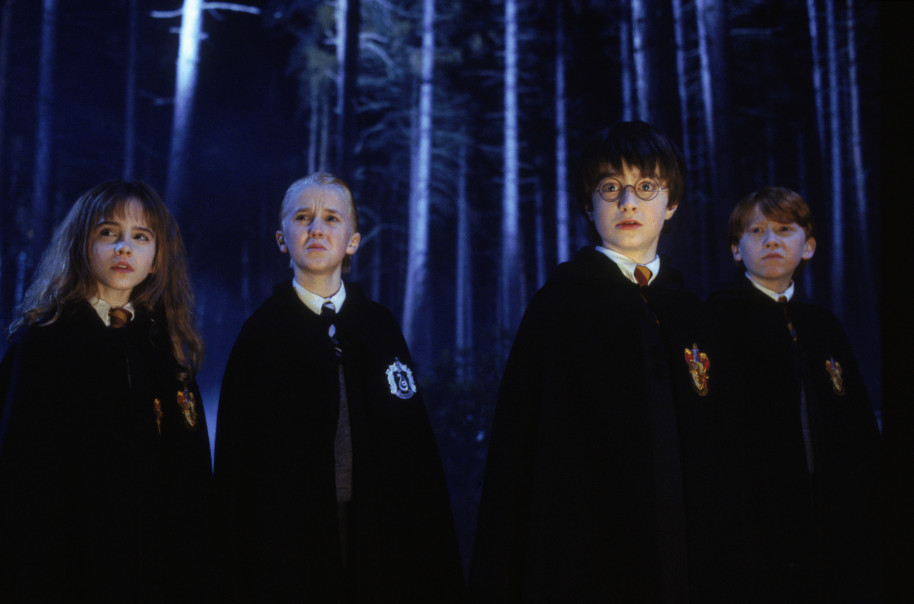 For Hagrid, Keeper of Keys and Grounds, the Forbidden Forest was practically his back garden. His fascination with its creatures showed him to be an eternally curious man with a need to champion the underdog.

The first time we saw Hagrid in the Forbidden Forest he was looking to rescue a unicorn. He clearly spent a lot of time there – it was where he hid his brother Grawp, after all, and as Care of Magical Creatures teacher, he usually used the forest as a good place to find beasts to teach his class about.

And then there was Aragog, Hagrid’s childhood friend who just so happened to be a giant, hairy, talking spider. That’s the Aragog who caused Hagrid’s expulsion from Hogwarts and offered Ron and Harry as lunch to his children, of course. Hagrid sure knew how to pick ’em.

We got an insight into why Hagrid was drawn to frightening creatures in Harry Potter and the Goblet of Fire, when the truth about his giantess mother emerged and he went into hiding. Dumbledore wouldn’t accept his resignation, refusing to judge Hagrid on his parentage – much like Hagrid, who refused to judge any creature on their frightening appearance. 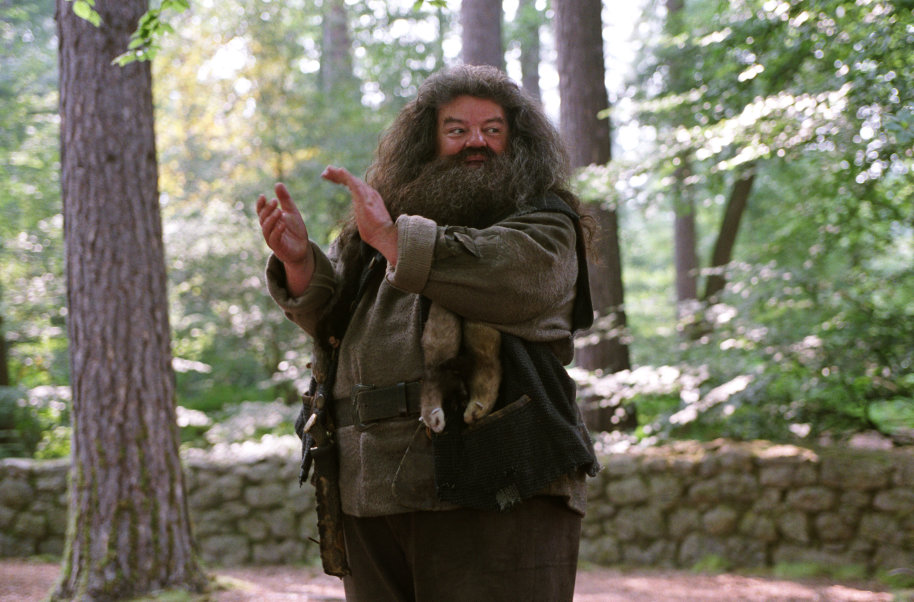 The Forbidden Forest showed Malfoy for what he was: a classic school bully, all sneering bravado and no actual bravery. Well, not in Harry Potter and the Philosopher’s Stone, anyway; then, he was a terrified first-year who tried to get out of entering the forest by calling it ‘servant stuff’, and implying that his father wouldn’t stand for such a punishment.

Malfoy often relied on his family name to intimidate others, as Hagrid found out in Harry Potter and the Prisoner of Azkaban, when Malfoy’s overreaction to a Hippogriff skirmish led to a death sentence for Buckbeak. Neville Longbottom was another particular target. In Philosopher’s Stone Malfoy deliberately frightened Neville in the Forbidden Forest, causing Hagrid to partner Malfoy up with Harry instead.

It was all a bluff, though. When Harry and Malfoy came face to face with a certain someone drinking the blood of a unicorn, it was Malfoy who ran. He didn’t even have the presence of mind of Neville, who at least remembered Hagrid’s instruction to send up red sparks. 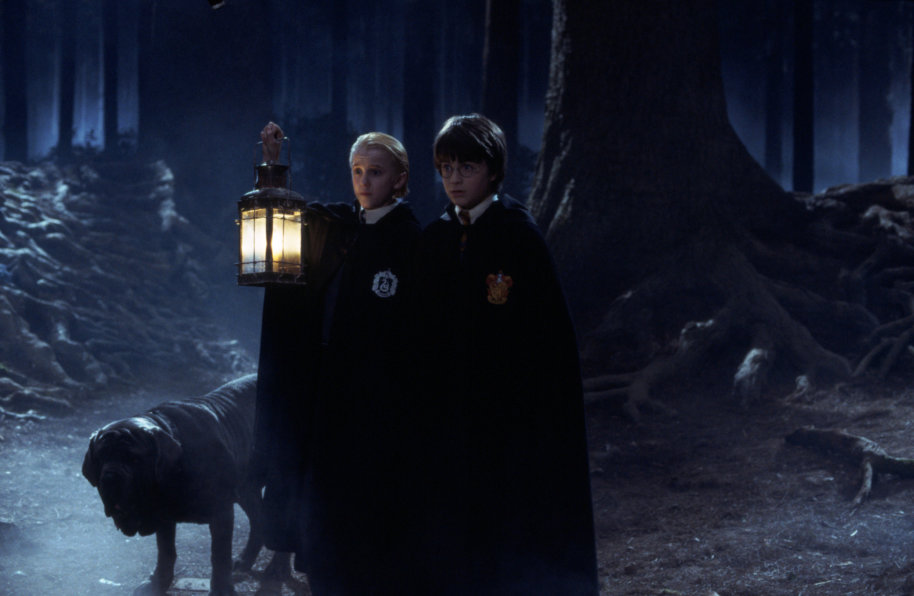 If Malfoy was all bravado and no bravery, then Ron was the exact opposite. In Harry Potter and the Chamber of Secrets Ron revealed he was frightened of spiders.

‘You wouldn’t like them either if you’d been holding your bear and suddenly it had too many legs…’ he says to Hermione, about the time Fred turned his teddy bear into a giant spider.

He might have been terrified, but when Hermione was attacked by the creature lurking in the Chamber of Secrets and the only way of getting answers was to follow the spiders, Ron put his fears aside. He and Harry followed those spiders to the Forbidden Forest where they came face to face with Aragog and his many hungry children.

Ron’s terror when he saw Aragog was obvious. He never tried to hide his fear, but he also never hid behind it. Ron had his faults, but he was honest and brave and those are traits that served him well, inside and outside the Forbidden Forest. 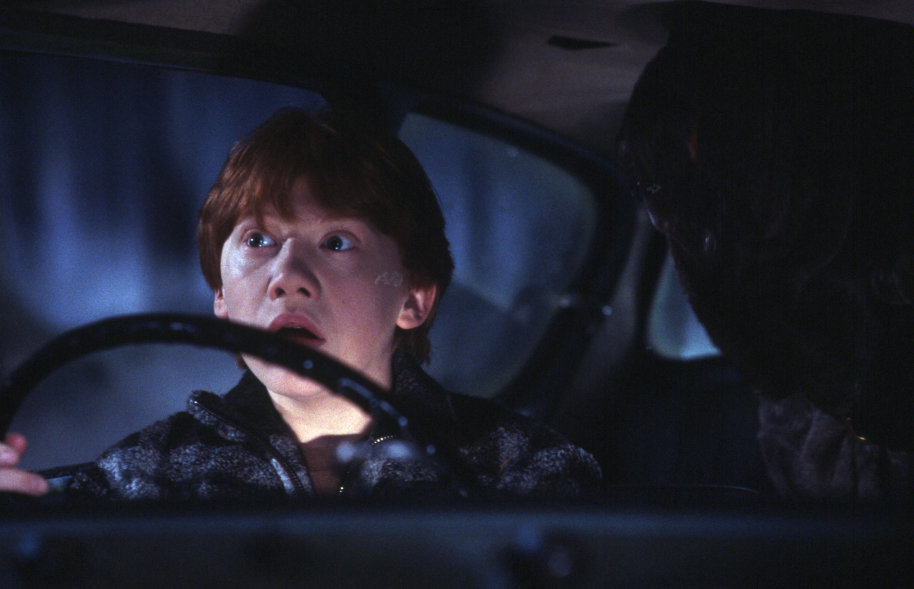 In their first year Hermione helped Harry get the Philosopher’s Stone by solving Snape’s Potions puzzle, for which she was rewarded 50 points. Dumbledore praised her ‘use of cool logic in the face of fire’.

It’s a statement that sums up a lot about Hermione. Her quick thinking got Harry and Ron out of many a fix, and in Harry Potter and the Order of the Phoenix she really held her nerve. When the members of Dumbledore’s Army were caught in Umbridge’s office, Umbridge prepared to use the Cruciatus Curse to force Harry to reveal what they were doing. Hermione stopped Umbridge by pretending they were hiding a weapon in the Forbidden Forest, tricking her into following them.

In the Forest, Hermione attracted the attention of the centaurs, counting on Umbridge to reveal her worst prejudices. Umbridge obliged, calling the centaurs ‘filthy half-breeds’. Hermione didn’t quite get it right, as the centaurs resented her presumption, but she still managed to get out of a tricky situation. 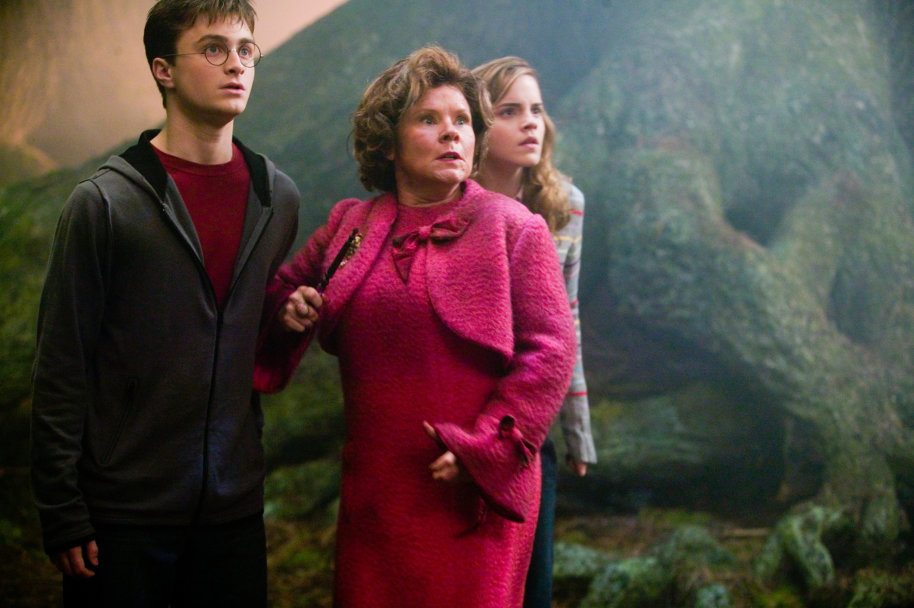 Harry’s experiences in the Forbidden Forest were mostly chaotic and they often had some connection to Voldemort, as he learnt more about his destiny and the people around him.

But in Harry Potter and the Deathly Hallows – at the close – Harry experienced a calmer moment in the Forest. He whispered those words to the Snitch left to him by Dumbledore, and as it opened to reveal the Resurrection Stone he saw his family, waiting to accompany him as he offered his life to Voldemort.