Plot twist: Did you guess the identity of the man with two faces? 你猜出了双面人的身份了吗?

Plot twist: Did you guess the identity of the man with two faces? 你猜出了双面人的身份了吗?

As we reach the end of our special readings of Harry Potter and the Philosopher’s/Sorcerer’s Stone, we’re asking you: did you predict THAT ending?

Today we’re looking at who we thought was trying to take the Philosopher’s Stone from the safety of Hogwarts. Severus Snape or Quirrell? Of course, you know the answer by now – but we go back to a time before we knew the answer...

That last line of Chapter Sixteen shook us to our bookish core: ‘There was already someone there – but it wasn’t Snape. It wasn’t even Voldemort.’ How did those of us who always suspected Snape get it so wrong? 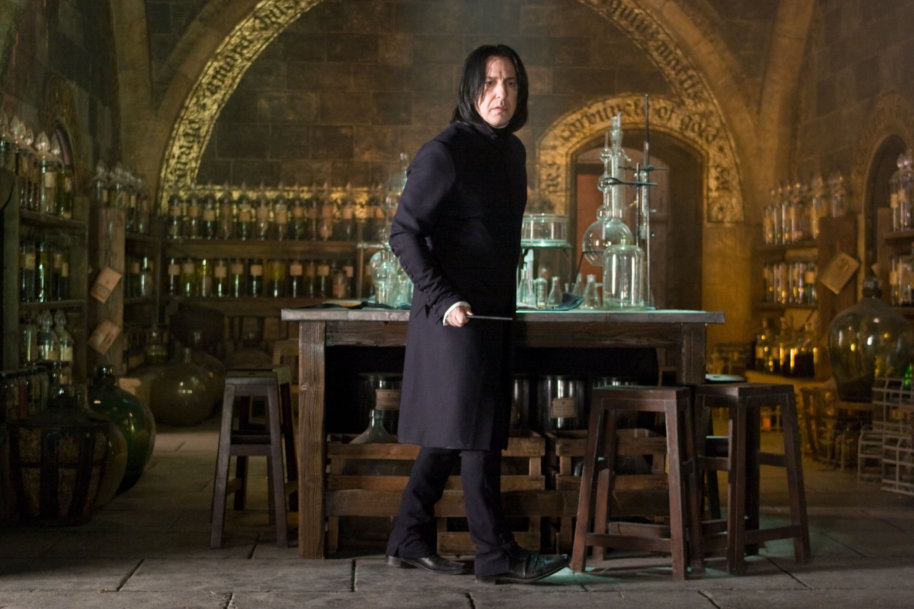 The moment Harry Potter set eyes on Severus Snape ‘a sharp, hot pain shot across the scar’ on Harry’s forehead. Suspicious. Well, we really thought so. And we felt very protective of poor Harry at this point. We’d barely just found out his parents were killed by a Dark wizard, and that Voldemort gave him the very scar that Snape seemed to have just set alight with pain. Curious, very curious. From that moment on, we decided to keep an eye on Snape. And we didn’t have to try very hard as he looked guilty at every turn!

Snape was awful to Harry in his first ever Potions class for no reason whatsoever – plus there was all his talk about bottling fame, brewing glory, and even putting a stopper in death. Does an innocent person talk like that? Then we noticed – it was very subtle but we noticed it – that Snape was heading to the third floor when Harry and Ron went looking for Hermione and came across the troll. Aha, we thought to ourselves… Snape was certainly up to something fishy. A bit later Snape limped past the Golden Trio, and then Harry heard him talking about something with three heads – he was seriously up to something! Why would anyone get that close to Fluffy?

But at Harry’s first Quidditch game we started to question ourselves. Snape jinxing Harry’s broom? It didn’t seem very subtle – not exactly up Snape’s street, who was all about the exact art of Potion making. It was bold, it was risky, and surely he could have found easier ways to kill Harry? Hadn’t he already mentioned the Draught of Living Death? Couldn’t he have just slipped that into Harry’s pumpkin juice? The broom jinxing was very public, too obvious… Our conclusion? A double bluff, of course.

It was so obviously Snape that of course the reader was supposed to go looking for other suspects. Filch, maybe? Or what about someone really innocuous, like poor Quirrell? Yes, that was the garden path the reader was supposed to be led down. And we were not falling for it. We weren’t going to be tricked. Snape was the wannabe thief; we’d known it from the start. And anyway, who were we to argue with Hermione Granger’s logic?

Imagine our dismay when it really was Quirrell standing in the last chamber. And he revealed that Snape had actually been trying to stop him stealing the Philosopher’s Stone! Give us a break okay, Quirrell might have had Voldemort on the back of his head, but you have to admit, he wasn’t the only man with two faces throughout Philosopher’s Stone.

Yes, it’s perfectly understandable that Harry, Ron and Hermione, and many, many readers around the world would’ve been convinced that it had to be Snape who wanted the Philosopher’s Stone. His whole, general demeanour seemed to scream that he was no good egg from the moment we met him. But Professor Quirrell didn’t exactly seem like a wholesome, trustworthy sort either. He just presented his shiftiness in a different sort of way. 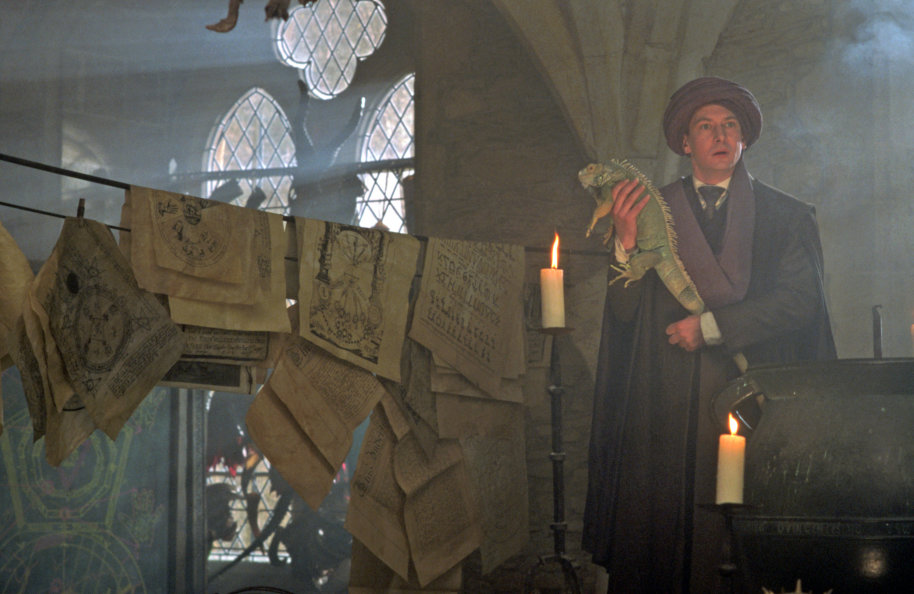 From Harry’s very first meeting with the nervy Defence Against the Dark Arts professor, Quirrell acted suspiciously. Some may have mistaken his stutter for nervousness... especially after Hagrid’s explanation that he had been perfectly fine before a run-in with vampires and a hag in the Black Forest. But surely this explanation prompted more questions than it did answers?

Things did not improve when Harry got to Hogwarts and experienced Quirrell as a professor. Did you really think this man was perfectly sound? The abundance of garlic in his classroom, for one thing, and the farfetched stories about the origins of Quirrell’s turban, which Quirrell himself often avoided talking about ‘turning pink and talking about the weather’, when asked.

Again, this could have been mistaken for a man who had come back from his travels deeply disturbed – but he was still supposed to be a Defence Against the Dark Arts teacher. Why so secretive? Why was he specialising in a topic he seemed absolutely terrified of? Even the thought of a troll in the dungeon caused him to faint upon the mere thought. Something never added up about Quirrell being professor of this field, especially considering how knowledgeable all the other staff were about their topics. What was he so afraid of, really?

The signs were always there that it was Quirrell, not Snape, who was the man with two faces. Even upon Harry’s first night at Hogwarts, he had a dream about wearing Quirrell’s turban, which was acting as the Sorting Hat. Was there something in Harry’s subconscious that led him to question Quirrell too?

We just couldn’t put our finger on what exactly it was about Quirrell that was giving us pause for thought. While Snape was more outwardly villainous in his actions and the way he spoke, Quirrell’ quietness should not have been so easily overlooked. And he was always with Snape! If Snape was so suspicious, we should have been keeping more of an eye on who he keeps company with, too. If Snape had something to hide, maybe he would’ve been a bit nicer to his students to try and cover up things more, but Snape never had a problem being in the spotlight. Quirrell, on the other hand, seemed terrified whenever he turned up in any scene.

In the overheard conversation with Snape in Chapter Thirteen, Quirrell may have been acting all terrified in Snape’s wake, but he was still asking Snape if he’d ‘found out how to get past that beast of Hagrid’s’ and was clearly potting alongside him. And then there was Snape confronting Quirrell about ‘where his loyalties lie’ – thinking back, this was a huge red flag about Quirrell that many of us misconstrued.

All the little signs about Quirrell were there, but with the far more naturally antagonistic Snape so often in the foreground, Quirrell was cleverly hidden in plain sight. But were you one of the readers who saw through him?