Neville Longbottom was not known for his academic prowess, but there was one subject he excelled at – Herbology. From that Mimbulus mimbletonia incident to becoming a Herbology professor, we delve into Neville’s love for the subject.

From his very first year, we saw that Neville was green-fingered. While he often struggled with his wandwork and potion-making, he had a natural flair for magical flora and fauna. During his end-of-year exams, he had a right old disaster when it came to Potions. However, his Herbology grade more than made up for it. Not only did it help him to scrape through to his second year at Hogwarts, but it probably helped to plant that first seed of confidence in his abilities, which slowly grew over the next few years… 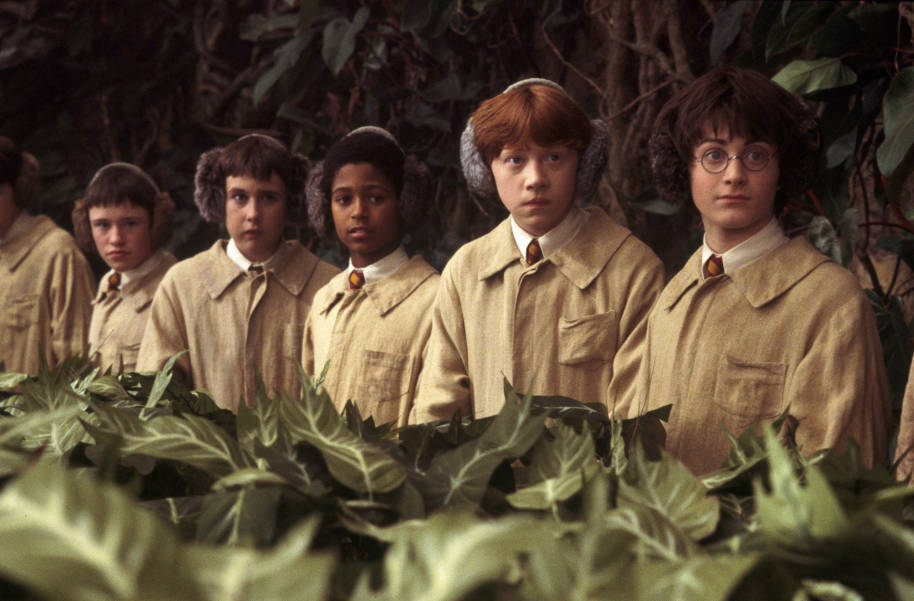 By the time we came to Goblet of Fire, Neville’s Herbology prowess had become common knowledge. Even Harry recognised it was the class that Neville felt most confident in, and it was the one was best at too. Neville’s peers weren’t the only ones to take notice, so did his teachers. While Professor Moody had his own nefarious reasons for presenting Neville with a Herbology book, we still like to believe that Professor Sprout had told him just how brilliant Neville was at her subject.

‘You all right, Neville?’ Harry asked him.

He held up the book: Magical Mediterranean Water-Plants and Their Properties.

‘Apparently, Professor Sprout told Professor Moody I’m really good at Herbology,’ Neville said. There was a faint note of pride in his voice that Harry had rarely heard there before. ‘He thought I’d like this.’
Harry Potter and the Goblet of Fire 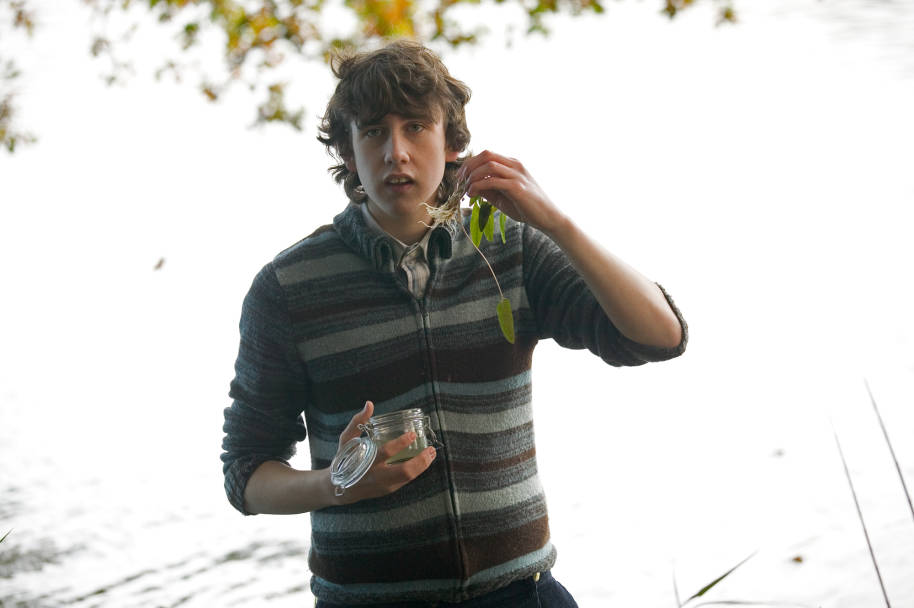 Harry Potter and the Goblet of Fire

Oh, Neville’s Mimbulus mimbletonia… he was so excited to own one and show Professor Sprout this very rare plant. His enthusiasm was certainly infectious, and we enjoyed seeing just how invested he was in magical plants. However, it takes a certain kind of person to love a shrub that resembles ‘a diseased internal organ’ and had an even more unfortunate defence mechanism. The Stinksap that burst forth from it, drenching all those within Neville’s compartment on the Hogwarts Express, was rather unfortunate… but if we’re honest, it was also hilarious. Although, the timing couldn’t have been worse for poor Harry, as he found himself covered in a foul-smelling liquid right at the very moment Cho Chang decided to make an entrance.

Liquid squirted from every boil on the plant; thick, stinking, dark green jets of it. They hit the ceiling, the windows, and spattered Luna Lovegood’s magazine; Ginny, who had flung her arms up in front of her face just in time, merely looked as though she was wearing a slimy green hat, but Harry, whose hands had been busy preventing Trevor’s escape, received a faceful. It smelled like rancid manure.

Neville, whose face and torso were also drenched, shook his head to get the worst out of his eyes.

‘S – sorry,’ he gasped. ‘I haven’t tried that before ... didn’t realise it would be quite so ... don’t worry, though, Stinksap’s not poisonous,’ he added nervously, as Harry spat a mouthful on to the floor.

At that precise moment the door of their compartment slid open. ‘Oh ... hello, Harry,’ said a nervous voice. ‘Um ... bad time?’
Harry Potter and the Order of the Phoenix 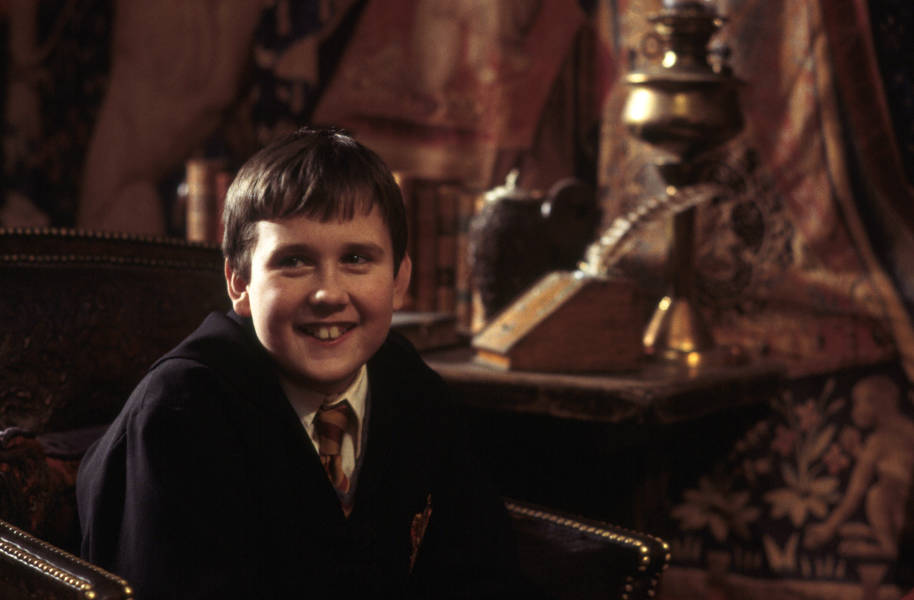 Of course Neville got an Outstanding in his O.W.L – he didn’t deserve anything less. We know we couldn’t name a single other student that could match his enthusiasm and talent. It was wonderful to see someone who had struggled with their self-esteem blossom in such a way, and we hope that he was very proud of himself, we know we were. Also, after many years of teachers, we mean Snape, making him feel inadequate, we were delighted to see Professor Sprout holding Neville up as a shining example to his classmates.

‘Quite enough chat over here!’ said Professor Sprout briskly, bustling over and looking stern. ‘You’re lagging behind, everybody else has started and Neville’s already got his first pod!’
Harry Potter and the Half-Blood Prince 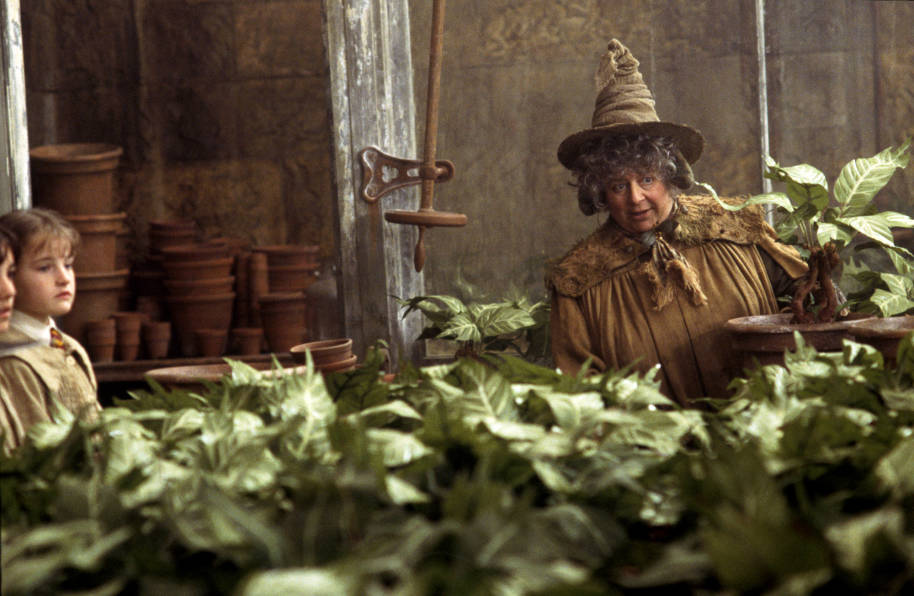 After Hogwarts, Neville became a Herbology professor, and it was just wonderful. We reckon he made a brilliant teacher – especially as we imagine he took extra time with those who struggled with self-confidence and would make them feel valued. It was also lovely to see that he was imparting his wisdom and knowledge to his friends’ children and the next wizarding generation. Neville and Herbology really were the perfect pair.

‘Don’t forget to give Neville our love!’ Ginny told James as she hugged him.

‘Mum! I can’t give a Professor love!’

‘But you know Neville –’

‘Outside, yeah, but at school he’s Professor Longbottom, isn’t he? I can’t walk into Herbology and give him love...’
Harry Potter and the Deathly Hallows